…And “Mechanical Self-Healing is a myth.

Working on older cars means problem-solving when things don’t work.  It could be something as easy as a burnt out bulb or bad fuse, or as complicated as a new cylinder head or transaxle or clutch.  Whatever it is, you solve the problem and move on.

However, fixing one problem and being done with fixing things is sometimes not the case.  We fix something, and within a couple of days or hours another problem pops up.  “If it’s not one thing, it’s another.  Something is always going wrong with this thing.”

That is where “The Theory of Last Touched” comes in.  It has been my experience that when I fix something, then something else goes wrong, the new problem is probably somehow related to the first thing that I fixed.  Whatever I touched last is where I start looking first.

Here’s an example.  I had a 924S that had a bad reference sensor plug – plastic falling apart in your hand.  The plastic on the harness was good, so I obtained two new sensors and replaced them.  Start, run, drive – all good.  A couple of days later I noticed that the car was running a little hotter than before – not much more, but a little.  The coolant level was fine, so what could be wrong?  I did nothing to the cooling system – the reference sensors have no connection to the cooling system.  So the search begins – fans, fan switch, thermostat…what could it be?

If applying the “theory of last touched,” the first place to start is to review whatever I did before – whatever I last touched on the car.  In going over the processes that I used and the things that I did, I remembered that when I did the reference sensors, I disconnected the heater hose from the back of the intake to get better access to the reference sensors.  The hose did not drip, was off for a grand total of about six minutes and was reinstalled.  So I checked the hose clamp, and it was tights.

No drip, huh?  So for fun I bled the cooling system to get rid of any air that may have entered the head.  I did actually get a little air out of it, warmed up the engine and all was fine.  I search that could have taken a day or more was fixed in a couple of minutes.  Should I have known better?  Sure, but the Proper Application of the Theory of Last Touched solved the problem quickly.

There is no such thing as Mechanical Self-Healing

“The engine was making a noise, but it stopped.  It must have fixed itself.”  When I hear this, I call “shenanigans.” 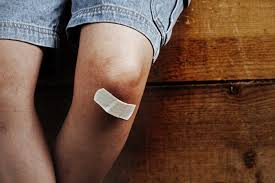 We all know that there is a little guy who prowls around in the engine compartment and other dark and hidden places around the car, and he carries a razor blade in his pocket.  When you stick your hand down there in one of those places, he whips out the blade and punishes your hand – and you end up with little cuts all over.  Well, this little guy is good with a blade, but he isn’t a mechanic.  He won’t fix your car when something breaks.

“Intermittent problems” are just that – intermittent.  According to Webster’s dictionary, this word means, “coming and going at intervals; not continuous.”  By it’s definition, it will come back at some point.

While we would like it to be so, cars do not fix themselves.  There is nothing in a car that will heal itself.

The big issue with an intermittent problem is that it may be difficult to see the problem at a time that you actually can see the problem occurring.  We have all seen photos and videos of people hanging out of doors and windows = and worse – trying to identify where the “noise” is coming from while the car is in motion.  This is a bad idea.

The good news – if you can call it that – is that the intermittent problem will probably get worse over time and turn into a constant problem which is easier to diagnose.  But we really don’t want to wait that long – we want to fix it now.

When the issue does appear, check all the parameters that are occurring, including speed, temperatures, road surface, time of day, coolant temp, oil pressure, direction (straight or turning right or left), the gear selected, and anything else that may contribute to solving the puzzle.  Keep an open mind as the problem may be something that you have never considered.  I once had an intermittent hum coming from the right rear of the car.  I checked everything, but found nothing wrong.  Considering all conditions, I finally decided that it was happening when the radio was turned off.  It was actually the right rear speaker shorting out and causing a humming sound, disguised and covered when the radio was on.  New speaker, problem solved.

To keep your car new and fresh, fix the little things that go wrong as they go wrong.  Remember to first check the last thing that you touched, and remember that mechanical self-healing is a myth.  Keeping the little things fixed means that you are also maintaining the big things.

Want proof?  Here are some of my examples…

Keep it fixed up and it will keep you driving!

After retiring from a career in Law Enforcement, Kevin Duffy turned his attention to one of his passions, Porsche 944's and 924S's. He owns 924S944.com LLC in DeLand, FL, rescuing and restoring forgotten Porsches, bringing them back to a useful life. He is especially interested in the rare-but-beautiful 924S Special Edition. He can be found at Porsche Club events, including track days, tours and shows, as well as other car-focused events around the southeastern United States. View all posts by Kevin Duffy, 924S944.com LLC, DeLand, FL

What do you think? Cancel reply